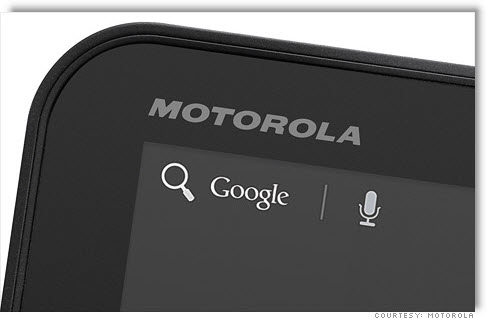 Since its launch in November 2007, Android has not only dramatically increased consumer choice but also improved the entire mobile experience for users. Today, more than 150 million Android devices have been activated worldwide—with over 550,000 devices now lit up every day—through a network of about 39 manufacturers and 231 carriers in 123 countries. Given Android’s phenomenal success, we are always looking for new ways to supercharge the Android ecosystem. That is why I am so excited today to announce that we have agreed to acquire Motorola.

The above words are said by Larry Page, CEO of Google Inc while announcing the breaking news of Google acquiring Motorola at the rate of $40 per share of Motorola Mobility. The deal sets around $12.5 billion (About Rs.54000 Crore).

He also said, "Motorola has a history of over 80 years of innovation in communications technology and products, and in the development of intellectual property, which have helped drive the remarkable revolution in mobile computing we are all enjoying today. Its many industry milestones include the introduction of the world’s first portable cell phone nearly 30 years ago, and the StarTAC—the smallest and lightest phone on earth at time of launch. In 2007, Motorola was a founding member of the Open Handset Alliance that worked to make Android the first truly open and comprehensive platform for mobile devices. I have loved my Motorola phones from the StarTAC era up to the current DROIDs."
"The combination of Google and Motorola will not only supercharge Android, but will also enhance competition and offer consumers accelerating innovation, greater choice, and wonderful user experiences. I am confident that these great experiences will create huge value for shareholders."

So, after hearing this news, the obvious question that strikes through head "What Next?".  So, here are some topics to be thinked about this Google-Motorola combination.

A Big Turn in Smartphone market

The Smartphone market biggies like Samsung, HTC, and 39 others, who are in partnership with Google for their Android Operating System, are expected to be more concerned over this Google surprise move then Apple or Microsoft. Well, no one knows what Google gonna do now, but for now, by acquiring the Hardware manufacturer, it's clear that Google wants to turn up heat in the fastest growing Smartphone market with their arch rivels, Apple and Microsoft. Moreover, it seems like a move to give wings to the expansion plans of the projects like Google TV.

A Manufacturing Spin Out?

According to Saul Hansell, I also believe that within the decade — if not much sooner — Google will likely spin-out Motorola’s manufacturing business. As Hansell says, “It’s just not what [Google does], and it’s not what they need in the long run.”

Google Strategy
This deal is not an endorsement of the Steve Jobs doctrine that the best way to make software is to control the hardware that runs it.
I think Google believes that, but only really for the hardware that runs its data centers. Google is to its core a cloud computing company. It sees hardware as little more than devices to run browsers of various sorts, which is a way to describe Android.
Patent Issues

Google says that they are in this deal mainly because of the patent issues with the counterparts. They are Microsoft, Apple and Oracle. They see themselves in a patent war. So, why buy patents when they can buy a whole company?

Will Google TV be benefited?

For me, the answer is a big "Yes". Given the fact that Motorola is a very large cable box maker, Google would definitely have thought about Google TV expansion with some Moto touch.

So, for now we can only wait and watch for the time to come as it is gonna be interesting talking point in the coming future.

The Android operating system have grown faster than anything in this smartphone oriented world. As the recent news buzzing about Google-Motorola deal and the future prospects, it's a time to relive the moments

Many of the internet surfers (I should call them “Netizens” rather) most commonly, are not satisfied with their current internet connection speed. They are always in search of some tricks and tweaks to

TheNextGeek.com
—
Google acquires Motorola Mobility - What Next?
Share this