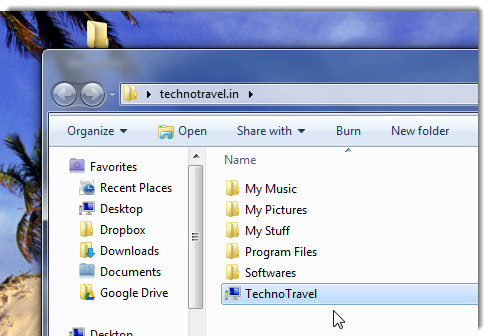 Well, nowadays I'm very much into exploring Folder hiding tricks that I can share among TechnoTravel.in readers to show off their Geeky skills. We've talked about an ultra geeky way to hide a zip file inside an Image file. Now to add a new tool to our armory, we're here with yet another folder hiding trick that no-one could even smell data inside it. So here we go.


Almost all the Windows PC users know how to "hide" a folder in Windows Explorer and most of us also know how to make Windows Explorer to show that "hidden" folders. So, here we are basically going to make a folder disguised as a simple shortcut (Which also behaves like a shortcut). In simple language, we are going to make a folder to show itself as an innocent shortcut so that no one would actually care about it, thus achieving our aim to keep the folder away from dangerous hands!


Use Command Prompt To Disguise A Folder


Now, for example, I have a folder named "TechnoTravel" that I actually want to hide. There resides some other folders as well.

Now to disguise the folder "TechnoTravel" as a shortcut, I'll need to open command prompt and navigate to the directory using CD command. So, in my case the command will be like this: 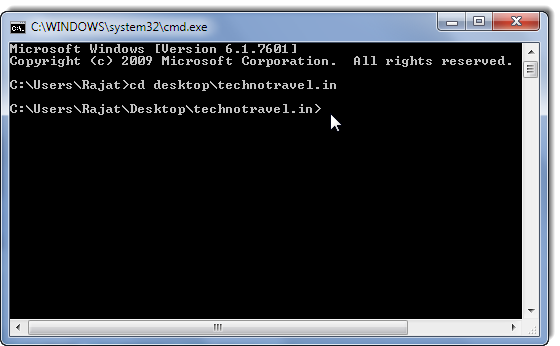 This will place me into "technotravel.in" directory which is the parent directory of "TechnoTravel" that we actually want to hide.


Now all you need to do is to enter CLSID of computer along with the code. It shall look like following: 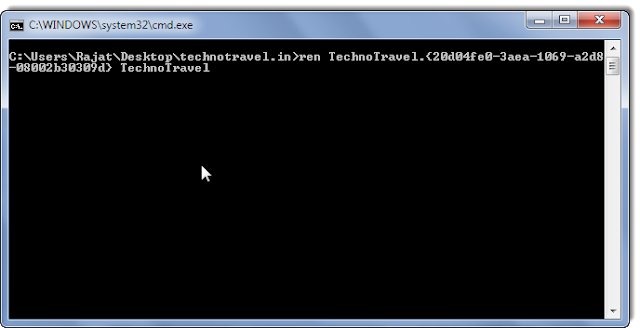 CLSID may be an unknown to some people. We've explained it in this post, but as of now, remember that CLSID of computer is 20d04fe0-3aea-1069-a2d8-08002b30309d.
Now if you navigate to that folder, you'll find the folder "TechnoTravel" converted into a shortcut to "My Computer". Even if you click it, it'll open up "My Computer".

Thus you've officially hide your folder by disguising it as a shortcut.
Unhide Your Folder
You need to learn this in order to reveal the actual content of that folder, in our example, "TechnoTravel" folder. So, to do so, open up the command prompt and navigate to the directory as you did earlier. 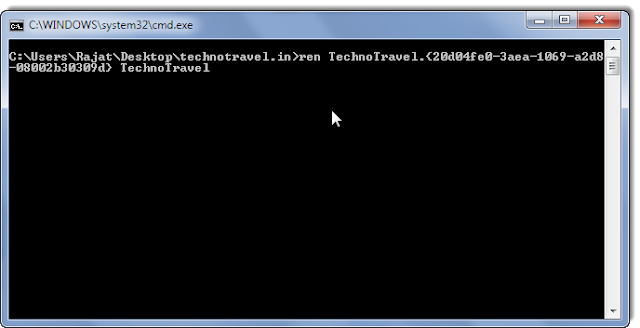 Now if you navigate to that folder, you'll find it as a normal folder, thus you have officially unhide the folder.
A Short Method (An Easy Way)
The above explained method was a long and somewhat cumbersome method. So, to ease up your work, all you need to create a batch file for each operations, for Hide and Unhide.
To make a batch file for Hide purpose, just open up notepad and type the following:
@echo off
cd C:\Users\Rajat\Desktop\technotravel.in
ren TechnoTravel TechnoTravel.{20d04fe0-3aea-1069-a2d8-08002b30309d}

Now save that file as Hide.bat
And to make a batch file for unhide purpose, just open up notepad and type the following command.
@echo off
cd C:\Users\Rajat\Desktop\technotravel.in
ren TechnoTravel.{20d04fe0-3aea-1069-a2d8-08002b30309d} TechnoTravel

Now save that file as UnHide.bat
That's all you need to do. Now if ever you need to Hide/Unhide that particular folder with this trick, just double click on those two batch files to serve your purpose.

If you have any questions regarding this article, feel free to shoot it to us via the comment box below.

The unbelievably fast 1000Mbps Fiber Internet is unveiled by Google toady in Kansas City. And to add to that, it'll have no bandwidth cap, no overage fees and moreover, it'll give away a

Well, today I'm going to share an interesting trick that can really help you to hide your important files so that no one could ever imagine the place. And that anonymous place is