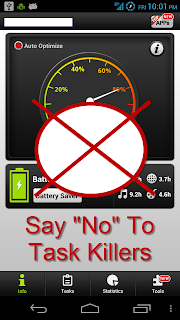 Basically, the Task Killers kills the particular app that is residing in the memory, thus freeing up your phone's memory. But in fact, Android's own memory management is so powerful that you don't need to use any Task Killer. In fact, doing so disturbs the automatic process which is rather bad thing.

Process Management In Android Is Different From Windows

Most of Android users are very much familiar and used to Windows. On Windows, many programs running at one time – whether they’re windows on your desktop or applications in your system tray – can decrease your computer’s performance. Closing applications when you're not using them can help speed up your Windows computer. 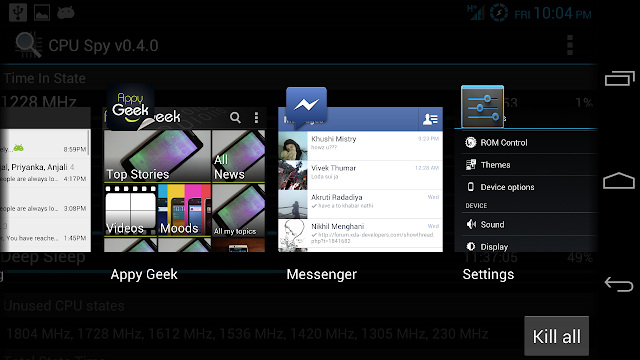 However, Android is altogether a different scenario than Windows. In Windows, there is an obvious way to "close" an application, whereas, this is not the case with Android. You won't find any convincing way to actually "close" an app in Android. Some user might see this as a problem. But in fact, it's in design and not a problem by any means. When you leave an Android app, going back to your home screen or switching to another app, the app stays “running” in the background. In most cases, the app will be paused in the background, taking up no CPU or network resources. Some apps will continue using CPU and network resources in the background, of course – for example, music players, file-downloading programs, or apps that sync in the background.

When you go back to an app you were recently using, Android “unpauses” that app and you resume where you left off. This is fast because the app is still stored in your RAM and ready to be used again. 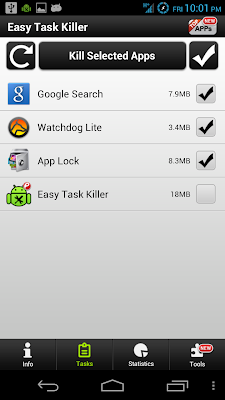 Most task killers notice that Android uses a lot of memory - in fact, Android stores running or recently used apps into memory which fills up the RAM. But this, by no means, a bad practice. Apps that are stored in the RAM can be quickly switched back to when needed rather than retrieving it from the storage, which is a very slow process compared to retrieval time from RAM.
And moreover, the freed up RAM is of no use and it doesn't saves the battery either. We all live in a myth that more free the RAM is, the less power it consumes. But this doesn't holds the truth. The totally full RAM consumes the same amount of power the half-full RAM consumes. So killing tasks or apps will save the battery power holds no truth. And in case of the RAM is full and more memory is needed to run the app than available, Android is smart enough to kill the app automatically which is not used for a while and free up the RAM for the new app. No task killers are required for this purpose.
Task killers think they know better than Android. They run in the background, automatically quitting apps and removing them from Android’s memory. They may also allow you to force-quit apps on your own, but you shouldn't have to do this.

Task killers aren't just useless – they can reduce performance as well. If a task killer removes an app from your RAM and you open that app again, the app will be slower to load as Android is forced to load it from your device’s storage. This will also use more battery power than if you just left the app in your RAM in the first place. Some apps will automatically restart after the task killer quits them, using more CPU and battery resources. Thus reducing the battery life.

Though Task Killers Can Help Sometime 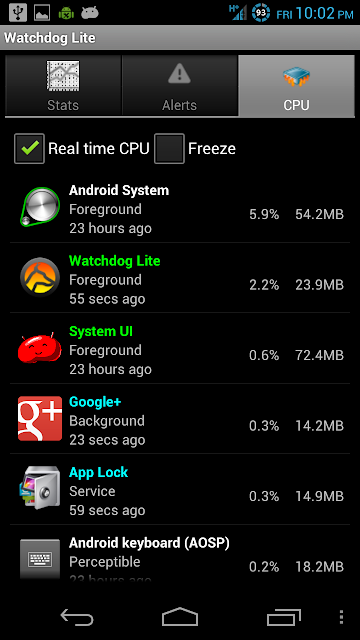 At this point of time while you are reading this article, some users won't agree with the fact that are presented to them before. Because they might have noticed a performance boost and increased battery life after using Task Killer.
This might hold truth by the way! But only in case you have a badly compiled app installed on your phone. If you have a bad app that’s using CPU and other resources in the background, a task killer that closes the misbehaving app can improve your battery life and make your phone faster.
However, using a task killer to deal with a misbehaving app is like using a shotgun to kill a fly – you may fix your problem, but you're inflicting a lot of other damage in the process.

Instead of using a task killer in this situation, you should identify the bad app and uninstall it, replacing it with an app that works properly. To pin down the app that’s misbehaving, you can try the Watchdog Task Manager app – it will show you which apps are actually using CPU in the background, not which apps are harmlessly being stored in memory.

Task killers can also cause other problems by killing applications that you want running in the background — for example, if you use an alarm clock app, you may find that your task killer forced the alarm clock app to quit, preventing the alarm from going off.

CyanogenMod, the popular community-developed Android Custom ROM, won't even accept bug reports from users using task killers, saying that they cause more problems than they solve.

In summary, you shouldn't use a task killer – if you have a misbehaving app wasting resources in the background, you should identify it and uninstall it. But don't just remove apps from your phone or tablet’s RAM – that doesn't help speed anything up.

Well, there is a rather unknown or "only known to the geeks" shortcut of holding shift key while right clicking on any folder shows up the option "Open Command Prompt Here.."..but I bet

Official release of Windows 8 is a talk of the town right now. Some think it's just a new visual interface slapped on top of Windows 7, and if you think so, I'm

TheNextGeek.com
—
Task Killers Are Bad For Android. Here Is The Reason Why You Shouldn't Use Them
Share this